The Women in Islam Journal was created in response to the rapid expansion of political and militant Islam in the Greater Horn of Africa (GHoA), and the use of fundamentalist interpretations of Islamic traditions to reshape governance systems in the region. Over the past decades, this phenomenon has resulted in great socio-political and legal setbacks that have directly impacted the wellbeing of most people in the region, especially women and girls. In addition to compromising peace and security in the GHoA, it has enabled and justified dangerous, discriminatory practices that undermine women’s rights as citizens and normalize violence against women and girls.

Women in Islam echoes the desire shared by many Muslims to reclaim their religion. It highlights the rich heritage and current attempts by scholars, activists, and Muslims from all walks of life to promote equitable readings of Islamic traditions and texts to support gender equality and justice. The Journal seeks to deconstruct stereotypes about Muslim women and societies by providing a complex picture of gender relations in Muslim communities and depicting the diverse realities of women and men living in majority or minority Muslim contexts.

Women in Islam hopes not only to be a source of knowledge but also to spark creative and forward-looking discussions on how to effectively improve the status of women in Muslim societies in Africa and beyond. It proposes concrete avenues to address the violence and injustice experienced by women and provides tools and arguments to challenge the dogmatic narratives that contradict the basic principles of humanity, justice, equality and tolerance.

The Journal’s originality stems from the diversity of its content and the stunning artwork it features. Since the release of the first issue in 2014, the Journal’s structure is characterized by a unique compilation of essays, opinion pieces, personal narratives, interviews, film and book reviews, poetry and art. Women in Islam is published annually in two languages, English and Arabic, by the Strategic Initiative for Women in the Horn of Africa (SIHA), a regional network of women’s and civil society organisations. 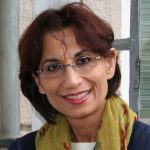 Dr. Ziba Mir-Hosseini
Legal anthropologist and activist, UK
Women in Islam is one of the very few journals that one can find with a progressive and gender-egalitarian interpretation of Islam. It combines good and sound scholarship, in both Arabic and English, with an artistic and innovative approach. 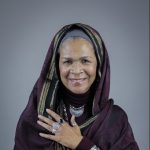 Dr. Amina Wadud
Islamic scholar and co-founder of Sisters in Islam
Women in Islam … has not only captured the spirit of Muslim women in the Horn of Africa, but has also shown us how we are all – men, women and children – linked in the mandate for social justice. I’m inspired by their work and look forward to many more.
Amer Mohammed Ahmed
Literary critic, Sudan
This is an eye-opening and insightful publication that celebrates humanity as individuals and as a whole. It is enlightened in its attempts at modernisation and has charted the path of a tolerant and liberal Islam.
Dr. Marwa Sharafeldin
Egypt
Thank you SIHA for this journal! You are giving voice to the many women and men in the region who believe that religion should never be a source of oppression and injustice, but rather, it should be a reason to support liberation and equality between all members of the human race.
Guleid Ahmed Jama
Somaliland
Women in Islam is a unique journal, eye-opening, extraordinarily thoughtful that offers a distinctive platform for writers and readers keen on contributing and learning from a perspective different from the traditional way of looking at women in Islam.